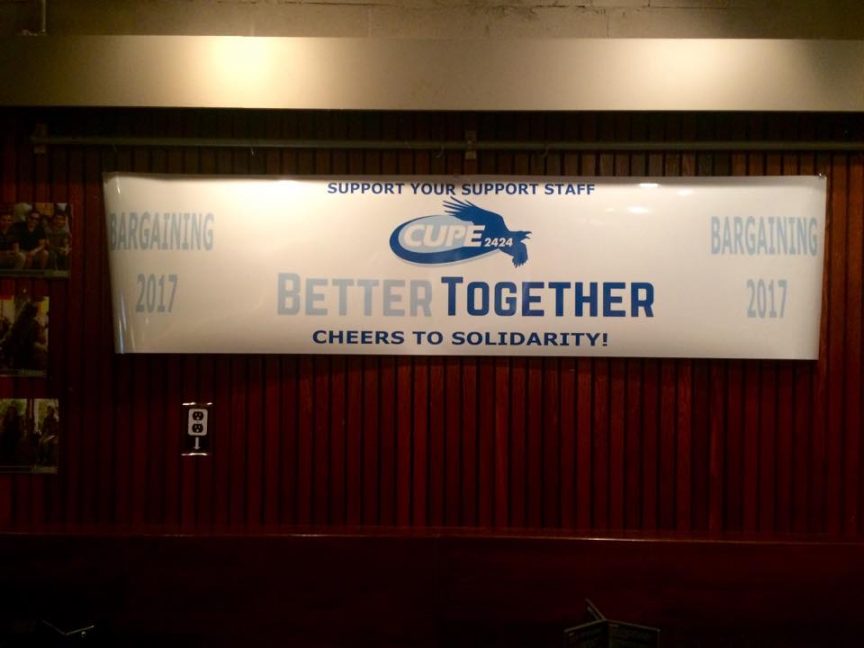 The CUPE 2424 Executive Board has appointed your Negotiating Team for the upcoming round of collective bargaining. The team collectively boasts many years of bargaining experience and each member comes into the role with a comprehensive knowledge and understanding of the Collective Agreement.

As well, the Bargaining Assistance Team has been working diligently since last fall to identify bargaining priorities, which included a careful review of the recent bargaining survey results. The next step will be to begin drafting proposal language based on the identified priorities. The proposals will then be presented for membership approval at a General Membership meeting in May. Confirmation of the date, time, and location to follow.

CUPE 2424 will continue to consult with CUPE National with respect to bargaining under Bill 124 – the provincial government’s Act to implement moderation measures in respect of compensation in Ontario’s public sector. The Act limits public sector compensation increases to 1 percent/year for the next three years.